Hi guys.  As you know, things have been crazy busy this end what with coming back to the UK for a few days, filming our friends’ wedding (which was truly, truly awesome) enjoying a cheeky wee first year wedding anniversary with my beautiful wife, and generally scatting up and down the country like a couple of jack rabbits in a bid to see all the dear friends and family that we left behind here in the UK.  As I write this, we are sat on a Virgin train taking us from Euston to Carlisle to see two of my best friends Will and Eddie…no doubt a blog to come about that later.

Meanwhile, I have been very conscious of the fact that I have written nothing for over 10 days now, and have been sitting on some wonderful pictures that I would like to share with you all.  So, without further ado, I give you: An outing with the Barbados Photographic Society…

The last weekend before we left for the UK, Sian and I were ecstatic at the thought of a proper two days off.  The wedding calendar was surprisingly empty and the studio had nothing booked, so we glamorously planned to get all our laundry sorted, our stuff packed and make sure everything was in place for the guys to ensure smooth operation during our time away.

And then I turned on Facebook and it all went tits up.

I had heard of the Barbados Photographic Society in the past, and somehow I stumbled across their Facebook page on Thursday night.  I joined up with the friendly bunch that evening, and before we knew it, Sian and I were signed up for a 5 am start on Saturday morning to meet right down on the West Coast in a little alcove of the country called Conset Bay.

So long to a lie in; bye bye all the laundry time…but it was totally worth it.

The reason for the savage start time was not because the BPS are made up of a carnally evil people, hell bent on ripping you from your much needed slumber when you have booked a lie in, of course.  The timing was down to the wonderful soft light that a good sunrise in Barbados can produce.  I once went over to the South East coast (to The Crane beach) at four in the morning when my dear brother Ed was over.  We waited patiently for a spectacular sunrise, but were treated to a hilarious thick fog that hugged the water line and hid any magic light that may have given us a good snap.  We saw absolutely nothing.

But the BPS had clearly booked the sun for that morning.

There was a lovely pink tinge in the sky, and the boats in the bay listed peacefully as the 50 strong group marauded around the marina.  Everyone looking for lines, and compositions, and ‘that’ shot…And I found this both very funny and very odd.

I have never been on a photo walk per say, and I quickly started asking myself how I would create different images to everyone else.  The point of the walk was ultimately a social one;  it was great to meet such a lovely bunch of people, and to put faces to the names of the people who I had been semi speaking to on the Facebook page…but ultimately we were all there to take great pictures, and it was an interesting experience for me having so many people, all in one place, all trying to get the same thing.

We started out at Conset Bay,  with the wonderful and friendly Ainsley telling us about the history of the bay; the cliffs overlooking the bay are a very high and dry place, and are prone to regular fires as the dry grass is scorched by the long sun it is treated to.  It was also host to a train station that serviced the line connecting Bridgetown and The North.

We followed the old railway line to find another bay -the name of which escapes me.  We were on the cusp of morning light. and that beautiful pink was still there, but this was the last snap I got before the sun was in full force and the harsh light we are so used to in Barbados was back.

After this, we headed to what is affectionatley called ‘The Puff’, so called because of the impressive spurt of water that the waves create as they crash up through the small holes they have carved from the coral.  We were very lucky to see some fisherman down on the coast, which helped give context to the sheer size of the coral and spurting water.

I was shooting with the 70-200, which is a beast of a lens, and as such my polariser won’t fit on it.  This meant that we were getting a savage glare from the water’s surface as the now midday sun beat mercilessly down on us.  As such, I tried to make a feature of the reflection, rather than try and fight it.

As we headed back from The Puff, I was keen to find some bits and bobs to shoot in the shade, as the sun was far, far to harsh to look for any more panoramics or views.  I’m not mad on flower shots to be honest, but I found these knocking about back outside the fish market of Conset Bay, and thought they were quite fascinating being made up of seemingly hundreds of tiny little flowers:

And then I found this guy chilling out in the trees…anyone who knows me will be fully aware of my utter fear of spiders…and so I am even more proud of this shot, as I had to get quite close!

I love this guy – if you zoom in on his rump, I swear you can make out the head of and orc – it looks like he has a black studded helmet and big grin…can anyone else see it, or am I going mad on this Virgin train?!

Anyways, that’s that for now – LOADS of stuff to share with you since our time home, and can’t wait to get you all up to date, along with lots more photos 🙂

As always, thanks for reading guys, and feel free to SUBSCRIBE 🙂 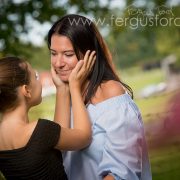 A Day at the Beach

A trip to Soufriere – St Lucia…in a terrible car

A blast from the past

Evie and the Emily Ash Trust – A Family Photography Session

Going homeA train to keep you going…
Scroll to top