Well…not really.  If you had been a fly on our wall over the last few days, you would have seen Sian and I desperately trying to get on top of things…tidying the house;  building barbeques, catching up with holiday laundry, stressing a lot about work and generally getting a little tiddly at the excitement of my parents coming out to see us over Christmas.

But yesterday was fantastic.  We started the day with a cup of tea, looking out from our balcony and drinking in that wonderful view…when all of a sudden this little guy landed on the table by my laptop.  Ok, he’s not a fly on the wall, but ‘fly on the desk’ doesn’t sound right…does it?  He was ever so patient as I blinded him with two speedlights and intrusive macro lens and  the end result was definitely worth it.

Not even 9:30 am, and I had bagged an amazing image…things were shaping up nicely.

By about 10 our garden was teaming with the hit squad our landlady has bestowed upon us.  Over the next few hours the garden was transformed from the shaggy, overgrown jungle, to the well kept, primped and preened glory we know and love.  It is a lovely place to be.  And as we wandered around our newly reclaimed paradise, Sian spotted the coconuts in the tree, and asked me (for the 999999th time) if we could finally get that machete and cut them down…promises of coconut run punches, breads and cakes were made. So a trip to the hardware store was promptly arranged.

Now, as many readers of this blog will know, Barbados is not a cheap place to live. Far from it.  So imagine my surprise when I asked the nice lady behind the counter ‘how much that machete was – no, the huge one that looks like it could cut a tiger in two’, and she replied a mere ‘thirty bucks.’

That is how much Sian and I famously paid for a parsnip this time last year for Christmas…and here she was holding an 18inch blade, designed to last for years complete with rubberised grip and holster for the same price? This was surely the bargain of the century.

Before she could realise her obvious mistake and tell me the real price, I handed over the cash, strapped the holster to my belt, and drove home feeling like Crocodile Dundee…the coconuts had no idea what was going to hit them when I got back.

Or so I thought.

Turns out coconuts are incredibly hardy, and the guys at the side of the road who chop them up with the deftness of soft-handed masseus’ are clearly a very skilled bunch…I could not get the bloody things open.  I tried brute force, hacking, slashing, sawing…they would not play ball.  Even getting them out of the tree was stressful in itself…I developed a next level technique for this though. I call this photo ‘fat and clueless man swings hopelessly at nuts with a metal rod.’

When I finally knocked a few down, the frustration began…but after a few attacks, we discovered that if you did exactly the opposite to what the road-side vendors do, that is cut down the coconut, not across the top of it, they bust right open…and that water inside is soooo good when you’ve been swinging metal poles and a sword around in the 34 degree heat.

And as I type this, the aches and pains in my shoulders, along with the callouses and blisters on my hands are utterly worth it.  Sian is currently dicing all the coconut flesh we were able to harvest meaning the spoils shall definitely be enjoyed! (perhaps a food blog next? Messages below if you would like to see?!)

In the evening we sat down at our newly built barbeque, congratulating each other on the days’ endeavours, and we were treated to one of Barbados’ hilarious blackouts.  Usually a problem for most people, but not us – not on this the day of dreams, far from it.  We wandered out into the front garden, slapped the camera on a tripod, and enjoyed Nature’s light show.

Thanks for reading guys x 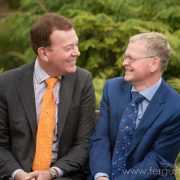 When the light’s just right…

A blast from the past
7 replies