There is sooooooo much that has happened over the last few weeks, I don’t know where to begin!  We have finally (nearly) moved offices  which has been a little stressful to say the least, but the new Colorbox HQ is setup down on the South Coast and all (will be) well with the world within a few weeks.   On top of all that, we have been taking pictures of famous footballers, taking photos of famous socialites,  flown home to shoot a wedding, met two AMAZING babies that I have a billion piccies to share with you, experienced a little bit of Blighty during the Jubilee holiday (again – PICTURES TO COME), bought ourselves an immense new camera and the fourth and final lens to complete our incredible arsenal.

I will go back and fill in all those gaps over the coming days and weeks, but for now, in the present, we are back in Barbados and well.  Our good friend Nicky and her boyfriend Angus have flown back for a bit of good old British Summer and so we stoically said we would look after her house and three cats.  Which is probably the most stupid thing in the world to do ever, because I am crazy allergic.

What was I thinking?

But despite the sneezing and the itchy eyes and everything else the wretched Feline does to me…they do make me chuckle.   Sian is amazing with them – there are two boys and a girl, so they fight and hiss quite regularly.  Sian won’t tolerate any bad behaviour and they seem to listen to her as she barks orders at them.  We have not been able to spend as much time at Nicky’s as we had hoped (yet) what with the move and the allergicing and everything else, but when we do pop in to see them it really is nice.  Sian was out on the veranda and saw ‘Mink’ (the mum), and called her in.  Mink did a double take at the site of someone being home.  She pelted across the garden to come and find Nicky.  She raced up the stairs and straight into the living room…only to be disappointed to find that her mum was still nowhere to be found, and had apparently been replaced by a rather heavy set man – leaking from every orifice on his face.  A defiant meow was all she gave me before turning her back and walking to Sian for a quick stroke.

But, the most comedy thing about these cats?…They don’t drink from the water bowl…oh no.  They will only drink running, fresh water from the tap. Don’t believe me? Here’s a snap from our spangly new camera.

Thanks for reading guys, and looking forward to catching up soon 🙂 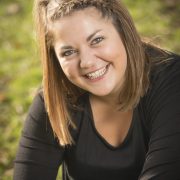 Ladies and gentlemen…we have 50 posts!

The end of an eraCarefree Friday…and a weekend to look forward to :)
Scroll to top